The stores will host exclusive events and launches throughout the year, taking inspiration from each of their neighborhoods across the globe and continuing championing youth cultures from the ground up.

The first adidas Originals flagship store opened in Berlin on March 28, 2014. Celebrating the city’s rich ‚Kiez Culture‘ that brings life to boroughs across the city, adidas has spoken to people from all over Berlin to create a Manifesto for the city. adidas Originals worked with visual artists such as graphic designer Saskia Hahn, paintball writers Sonice Development and photographer Oliver Rath to translate this manifesto into works of art, turning conversation into craft and continuing to celebrate the minds that make Berlin a truly original city. 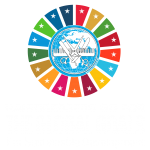